The Devil Museum in Kaunus, Lithuania.  Three floors of satanic sculptures, posters, gewgaws, tchachkis, and other Luciferian ephemera…an enormous evil analog of your sweet aunt’s china cabinet of porcelain figurines.  My favorite: A plastic Count Chocula figure (why not).   Second favorite: a sculpted wrasslin’ match between a horned Hitler and Stalin.

And speaking of Stalin, there’s the Stalin Museum in Gori, Georgia.  For my money, this is the pièce de résistance of weird museums. Gori has a mixed relationship with its most infamous son; the exhibitions don’t overtly praise him…but there’s also no mention of the millions of people he sent to death and/or gulags. (The tour guide did conspiratorially whisper that he was vain about his pockmarked skin and short left arm.)  Favorite exhibit: Stalin’s death mask hovering over a cheaply carpeted abyss, surrounded by cheesy plaster columns.  Second favorite:  portraits of the young, beardy, be-scarved Stalin looking like a Williambsurg hipster.

The Tenement Museum, right here in NYC.  We New Yorkers shell out big coin to shoehorn ourselves into the same matchbox apartments our grandparents couldn’t wait to get out of. The Tenement Museum gives small group tours of apartments made up to look like they did back in the day (back in various days, actually, to represent several generations of the immigrant experience). 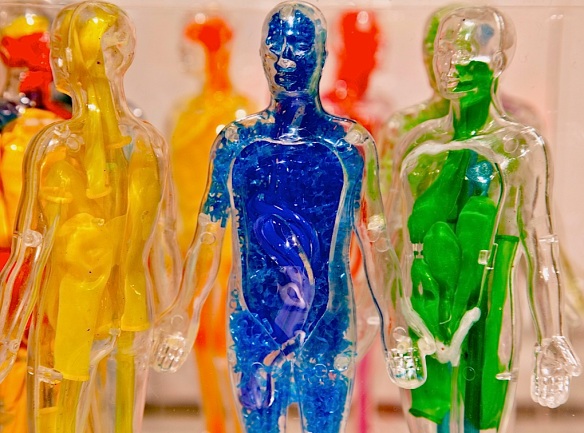